Clay your own case failure

I tried to clay a case for my Raspberry Pi, but failed. Here is what I did.

First I modeled the Raspberry Pi using cardboard. It was fun to do, I don't think you need to be that secure while doing it. The idea was to surround the cardboard replica with clay so it would create a case. 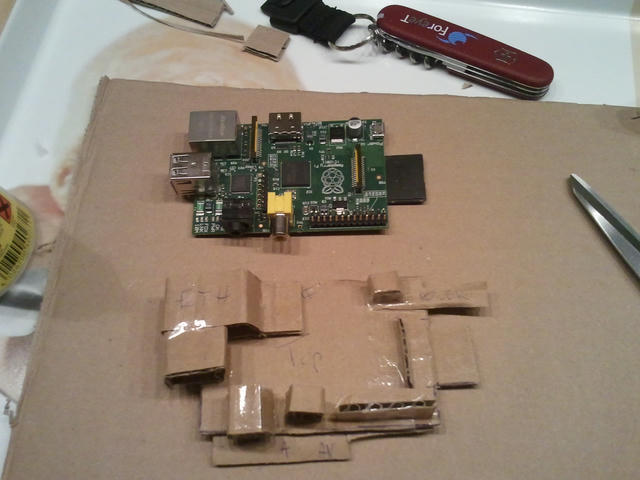 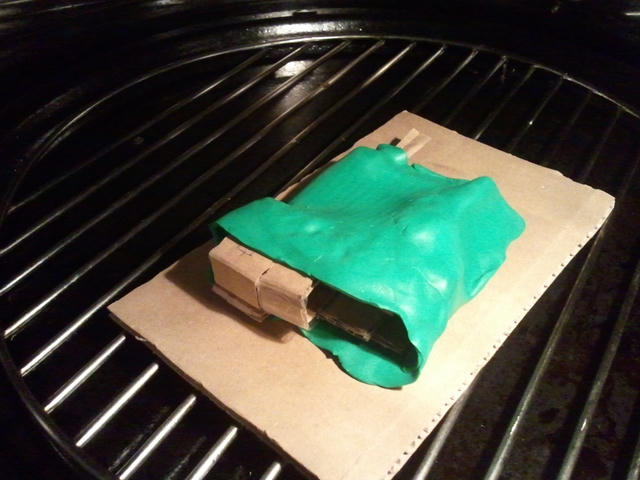 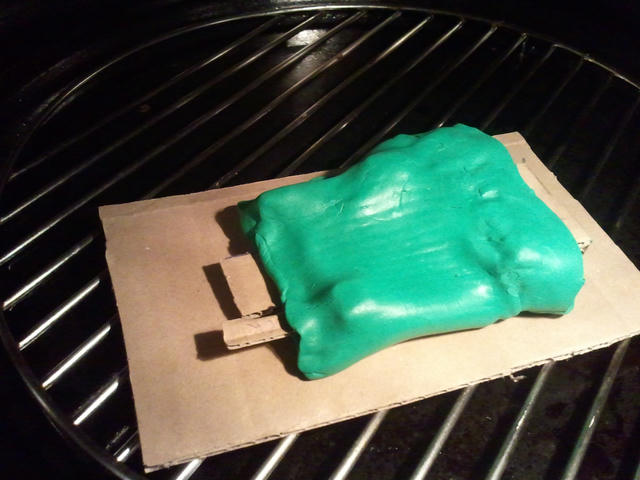 I then put the model in the oven but as the clay began to harden, it also sinked in a bit. This made a dent between the capacitor and the Ethernet connector, which meant the Pi would no longer be able to slip in and out of the clay case! I quickly removed it and tried to fix it with a piece of cardboard, but because the clay already partially hardened it got completely destroyed 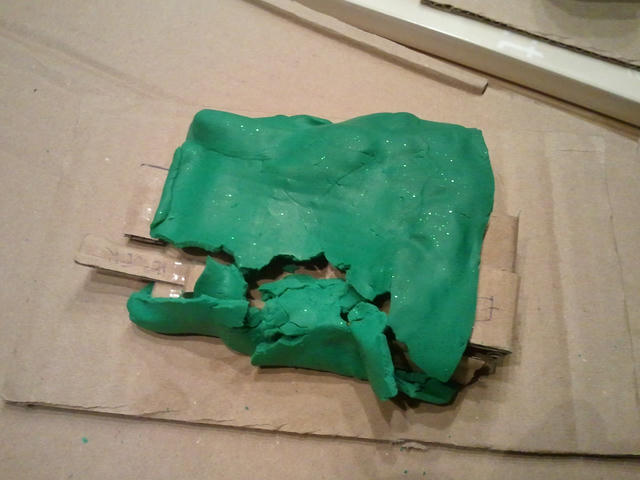 It was a nice experiment, but I don't think I'm going to try it again. One choice might be to use a simple square clay case and drill some holes in it afterwards. But my next attempt will most likely be using a normal piece of plastic.